The research and best practices presented at the 2017 conference will be compiled into a book for publication, edited by the CARP research team. 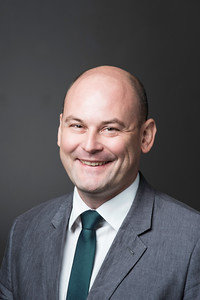 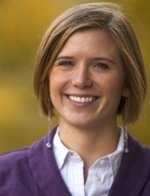 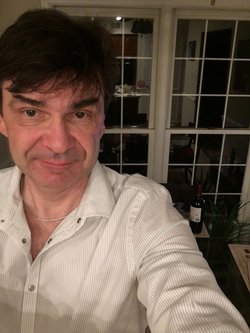 The Department of Communication launched a new and very timely research lab in the fall of 2016. The Character Assassination and Reputation Politics (CARP) Research Lab is led by an interdisciplinary research team of scholars particularly interested in the deliberate destruction of an individual’s reputation or credibility through character attacks.

The Lab’s first major event was held at Mason’s Arlington campus March 3 - 5, 2017 and hosted scholars from across campus, from all over the country, and around the world. Led by communication faculty Sergei Samoilenko and Jennifer Keohane, the Schar School’s Eric Schiraev, and Martijn Icks from the University of Amsterdam, the two and a half-day conference focused on “Character Assassination in Theory and Practice.”

Panels included historical and theoretical analysis, but mostly focused on contemporary issues surrounding character assassination and the many forms it can take in the modern media landscape. While the majority of the research and analysis presented focused on the character attacks of political candidates, campaigns, or movements in the United States and abroad (including multiple presentations on the 2016 U.S. presidential election), the gathering of scholars and practitioners also took on issues of reputation management of private individuals, publicly-held companies, nonprofit organizations, and even terrorist groups.

The conference began with a keynote address and question and answer session with Eric Dezenhall. Dezenhall is the co-founder and CEO of Dezenhall Resources and is one of the nation’s foremost crisis and damage control experts. He is also the author of several books, including his most recent, Glass Jaw: A Manifesto on Defending Fragile Reputations in an Age of Instant Scandal. The keynote was followed by a series of panel presentations and networking events open to all conference attendees, including Mason undergraduate and graduate students.

Richard Sheehe, a senior research fellow and practitioner in residence at Mason, described the ultimate goal of this conference as the beginning of an “attempt to overlay a critical perspective based on thought, analysis and research, on to what’s already happening.” Only from this critical perspective can we find the answers to why character assassination seems to be so prominent, how to fight back, the ethical boundaries, and best practices for reputation management.

After their conference success, the CARP Research Lab is already on to their next project. The research and best practices presented at the 2017 conference will be compiled into a book for publication, edited by the CARP research team.   It’s an auspicious start for the new research center and a good indicator of what’s to come.

Keep up with the CARP Research Lab through their website or by following them on Twitter at @CARP_Lab.