“Is there going to be enough demand? Is this a big enough problem for us to put all of our efforts into creating a solution? Obviously, the ultimate answer was yes.”

Anyone walking through the west entrance of the Johnson Center cannot miss the towering blue cinematic colossus near the vending machines. This “Globox” movie rental kiosk, which stands about 8 feet tall, is the pride and joy of Asad R. Ali and Sammy Kassim, the entrepreneurs at the heart of the brand new international film rental company, “Globox Rentals.”

Globox makes movies available for rent through vending kiosks, much like the multi-billion dollar rental service Redbox, but with one big difference: Globox specializes in new and popular international cinema, from more than 100 countries worldwide. This summer, Globox launched its first 10 kiosks, located in the Johnson Center, at various international grocers in Virginia (Fairfax, Falls Church, Mt. Vernon, Woodbridge, and Arlington) and a 7-Eleven convenience store in Bowie, Md.

“There are a lot of good international titles, content, and movies out there,” Kassim explained. “There just wasn’t an easy avenue for most of the customers and consumers to get that content.”

Today, the Globox team consists of co-founders Ali (who studied in both the School of Management and the Department of Economics) and Kassim (BS ’11, Management), and fellow Mason alumni Ricky Singh (BS ’11, Information Systems and Operations Management) and Brittany Hill (BA ’12, Art and Visual Technology). The Alexandria, Va.-based company appears to be riding a wave of momentum heading into the fall. But to get the ball rolling, Ali and Kassim had to put in a lot of work, and make a couple of unconventional decisions that required passion, drive and, simply put, bravery. 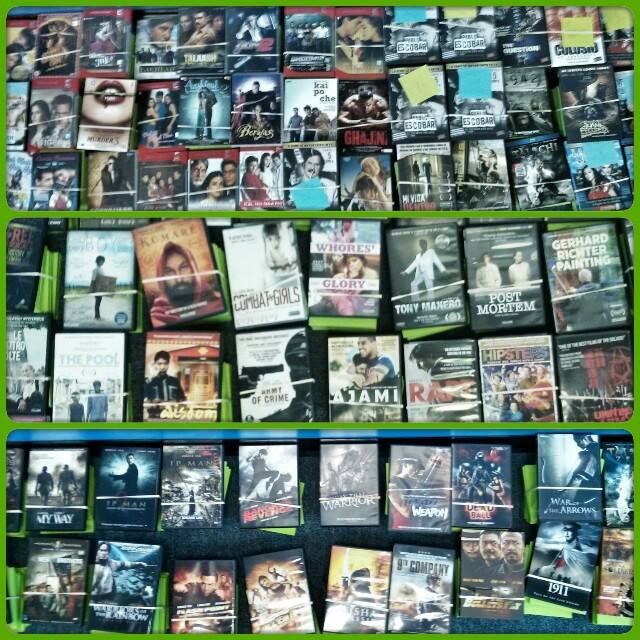 The two had been friends since middle school, and continued their friendship through their academic careers at Mason. Both have sharp business minds. Kassim had known as a child that he wanted to start a business, an ambition that was reinforced when he took a new venture creation class taught by David J. Miller, director of entrepreneurship for the Mason Center for Social Entrepreneurship (MCSE). Ali felt confident that he could run his own business, but he had not found the right idea just yet.

In the spring and summer of 2012, that idea began to take shape, born out of informal conversations about their current employers, their own potential business ventures, and their backgrounds – Ali’s family is originally from Pakistan, while Kassim’s mother is Ethiopian and his father is half-Ethiopian and half-Yemeni. The two discussed the Globox idea at length with Miller, meeting with him regularly through events at StartupMason, an entrepreneurial program that is part of MCSE.

“We came up with an original idea to start renting Bollywood films only, because to otherwise watch a full range of those movies, you had to pay for subscription services such as DISH Network or Verizon FIOS,” Ali said. “Sammy came in and took the idea to the next level. Other families have the same issue, whether they are trying to watch Latin American, Korean, Nigerian, or other films.”

The idea seemed novel, so the two began working immediately to find out if there was a market.

“There’s no perfect time to jump in and start your own company,” Kassim added. “It’s never going to pan out that way.”

But with their idea in mind, they jumped right in. 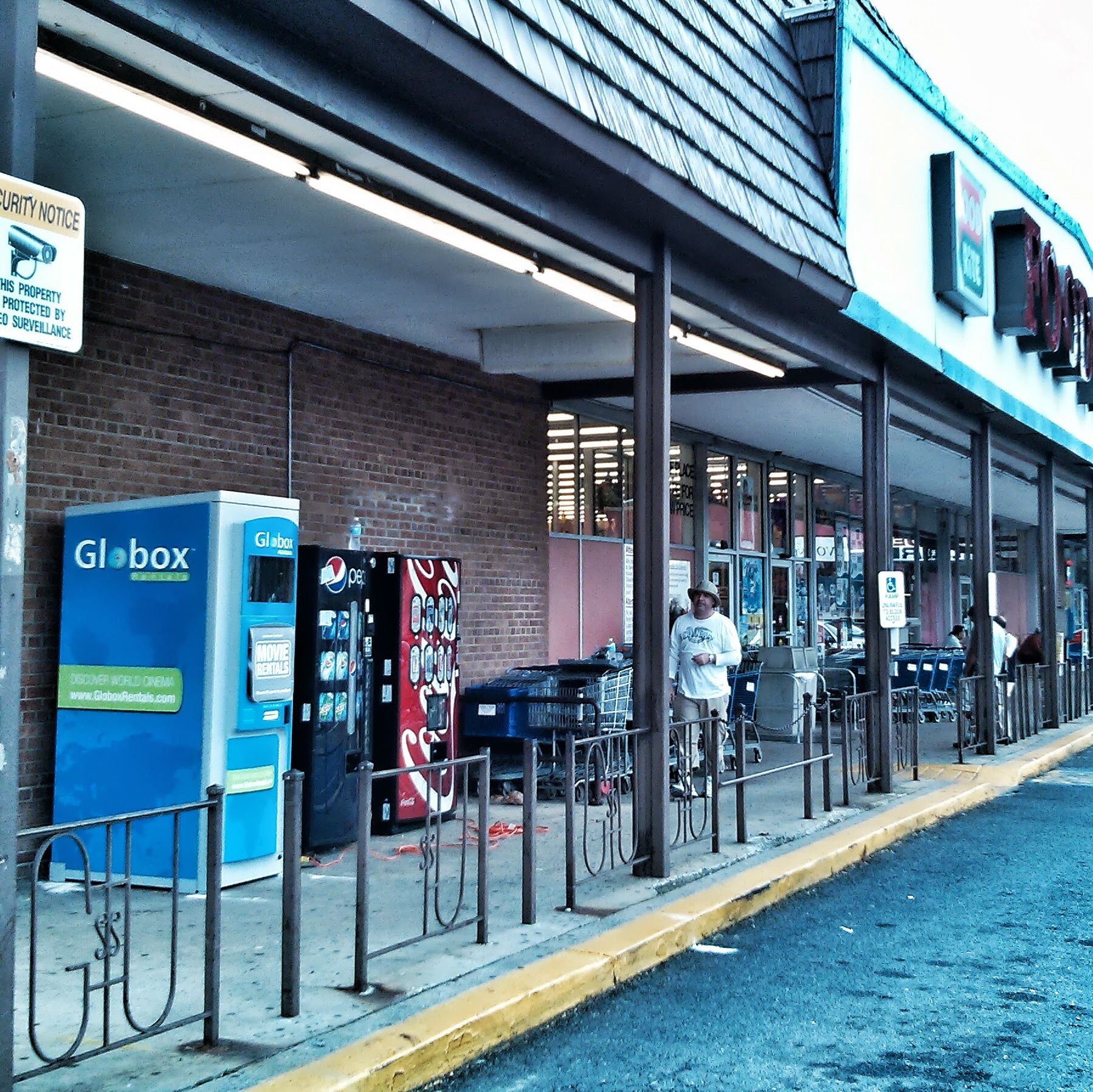 “We knew from the get go – from seeing the work at our own companies, Invincea and Lemur – that if we really wanted to make the jump and start our own concept and do it the way we wanted to, we had to do it full-time,” Ali said.

First, Ali and Kassim set out to test the potential demand. They tested their idea for at least six months, conducting a number of validation practices and pitching it to friends, family and potential investors, as well as owners of international supermarkets. They surveyed hundreds of Virginia and Maryland residents of international background and concluded that their service would fill a need. In addition, the duo learned through their market analysis that digital streaming was neither a popular nor prevalent method of media consumption with their target demographic.

“Asad and Sammy were really proactive about getting out and becoming part of the D.C. metro entrepreneurial community,” Miller said. “Their passion was crucial in pushing them through. You have to be passionate to be able to find those partners, walk into those international grocers with an idea, and being willing to put it out there.”

Ultimately, they felt they could be the “bridge” between the consumers, the DVD kiosk platform, and the international film industry, which raked in more than $23 billion dollars in box office sales last year alone in countries other than the United States. They procured deals with top international movie studios and film distributors, and signed their first few supermarkets.

Then, they quit their day jobs.

“We burned the boat that we came on and made sure we were Globox through and through,” Ali said.

“Is there going to be enough demand? Is this a big enough problem for us to put all of our efforts into creating a solution?” Kassim said. “Obviously, the ultimate answer was yes.”

The plan is to start with 10 kiosks (holding up to 800 movies each) in the summer of 2013, to prove the concept and the market. Ali and Kassim aim to expand Globox to 100 kiosks within the next year and a half.

George Mason University was the source of many lessons and connections for Ali and Kassim. Although they were already friends when they arrived on campus, the two cultivated their professional relationship while classmates in a communication course. Kassim vividly remembers plying his wares in a 2011 business plan competition, while Ali recalls his membership in (and later presidency of) Delta Sigma Pi, a professional business fraternity.

While at Mason, the duo met Matthew Cronin, a faculty member in the School of Management, who now serves as their mentor, adviser, and “inspiration.” MCSE’s Miller also serves as a primary mentor and adviser. Since StartupMason’s inception last August, Ali and Kassim have attended all of its meetings, making sure to spend additional time with Miller outside of the classroom.

“The Startup Mason program was really a great avenue that we saw as far as potential for the university,” Ali said. “We have our hands full with starting our own business, but God willing, our goal is to give back to the same program that we came out of.”

As a tangible expression of their desire to give back, one of the first 10 Globox kiosks is installed in the Johnson Center. This is no accident.

“To be frank, it has been a very big dream of ours from the beginning, to have our kiosk, with the top international content, match up with the school that we both came from,” Ali said. “To me, there is no better fit than to have our product embedded in the community that we came from.”

“At the Mason Center for Social Entrepreneurship, we support and celebrate our Mason entrepreneurs,” he said. “Globox makes great global entertainment available to the Mason community, and their kiosk serves as a living, breathing, functioning example of the Mason vision and the Mason idea. We need everyone to see that Mason students, staff, and faculty are capable of creating new, innovative ventures that impact our community locally and nationally.”